The announcement by the Minister of Information, Communication and Culture Datuk Sri Dr Rais Yatim that local movies made in other languages (apart from Bahasa Malaysia) will now be entitled to tax rebates as enjoyed by movies that are made in Bahasa Malaysia, would be much welcomed by local film producers and investors.
Currently, under the local FINAS Act, local films are entitled to the rebates of 20% of box office (which is the entertainment tax levied on all movies by the state). This incentive however is only for movies with mostly BM dialogue.
Therefore movies that were made last year like Woohoo, Ais Kacang Puppy Love and End of Daybreak (financed by Taiwanese but made entirely in Malaysia) were not entitled to such rebates. These films are also not eligible to win the major prizes at the forthcoming Malaysian Film Awards.
Whilst the announcement is much awaited by the local non-BM film fraternity, Rais, and rightly so, clarified that the incentive is not a blanket order - the film will have to meet a few set criteria - content and box office results.
I am not sure what box-office results meant, but content requirement should be made a criteria.
This is because we do not want Indian or Chinese language local movies that do not even feel like a Malaysian movie but instead a pseudo Hongkong or Taiwanese movie or even a Singapore movie. On the other hand, feeble attempts to add in scenes with Malays in it are also not wanted. For example, the movie Kinta had really deplorable scenes of Malays which are badly shot and scripted. Rather not have that.
In Tiger Woohoo, the only scenes involving Malay dialogue and characters are when policemen are involved. Token scenes like these are really not true to the Malaysian spirit.
I hope Tayangan Unggul's Tamil remake of Papadom maintains its local flavor too.
Furthermore, I do hope that there will now be a growth of movies made in the kind of dialogue city-folks are used to - Malanglish or watever - so that the middle-upper income members of our society who look down on local cinema would support and come to view local movies.
Posted by anwardi at 1:42 PM No comments:

POLITICS OF HATRED IN JAKARTA

THE SILENCE IS DEAFENING

So as most things are in our industry, it was a small storm in a tea cup.

A few people flexing their feeble muscles, a couple of individuals who think they are well versed in the Finas Act and a few others thrown in into a misplaced subplot. In the end – it was another bangsawan.

The incumbent Director-General of FINAS has since made a public statement about his extension and also his disappointment over the writings of one popular Malay newspaper columnists who goes by the pen name of Kak Pora.

There’s a few disconcerting comments made.

Is there anything wrong in him informing the industry of the extension which was confirmed by the Minister? Why keep the industry in the dark? Isn’t he proud to have been the three month extension to lead the industry via FINAS?

I doubt a three-month official extension in his contract comes under the jurisdiction of the Official Secrets Act. In fact, by informing the industry of his extension, it would have put paid to rumors of other personalities vieing for the seat.

Now at least, the industry will have a three month rumor-mongering session of who will replace him.

In fact, with this extension, shouldn’t the industry also wonder why he was given the extension? Is there anything of significance that he can do in these extra three months that he could have accomplished within the last four years at FINAS’s helm? The only thing I can see of any significance is the organising of the oft-postponed National Film Awards.

Shouldn’t the industry also be wondering that by giving the extension to the current DG, it also means that the Ministry has not found a suitable replacement for him? This is weird because the industry is a billion dollar industry.

The Ministry has in fact recently identified that the creative industry is an important contributor to the national GDP bringing in RM6 billion annually and providing employment for more than 126,000 people annually. (This number differs remarkably from the amount of RM8 trillion quoted by the Film Producers Association in March last year).

What we would like to know is how much of this RM6 billion was actually contributed by the local film industry (Feature films and TV). It could be small because if this number includes the revenue generated by the cinema industry (which should not be considered as part and parcel of the creative industry) and also the distribution sector of the market, plus the advertising and TV commercial industry, the amount generated by local feature film and TV production industry isn’t that big.

What I am trying to say is that let’s give a better and more accurate picture of how healthy the local film industry is. Is it a really healthy RM6 billion industry? Or just a RM100 million industry. If it is RM6 billion, then the DG’s position in the industry is one helluva important post.

Now, what about him saying that FINAS only plays a small role in the approving of loans to producers.

Is this true? Does this mean that once FINAS approves and recommends that a production can receive a loan it then plays a hands-off role? Does the bank (in this instance) BSN then take over the process of evaluating and approving the loan and can ignore the recommendation?

If this is true, than logically, if the Bank can overlook a FINAS recommendation for a feature film loan for reasons only known to them, the Bank can also offer loans to a non-FINAS recommended movie for a producer they believe is capable of ‘servicing’ a loan.

What is the criteria for the Bank to now release the loan?

I don’t understand the DG’s statement about this. As far as I know, BSN is entrusted to administrate the loan. They do not have a say as to who should or should not receive a loan once FINAS approves it. Unless of course, there is an unwritten law or policy that allows BSN independent assessment of the loan application. If there is then really what function does FINAS play in this loan process if BSN can ignore the recommendation?

Finally, I think the film industry has a right to information regarding the status of the fund.

They would also then be free to question why a company can receive three consecutively loans without fully repaying the loans and then make a request for a fourth loan when FINAS only allows one company to apply for loans three times and that too if their repayments are serviced regularly. I’m not saying that this has happened. I’m saying that the industry should be able to weed out rumors and only be presented with official data.

Shouldn’t the FINAS DG should be courageous enough to inform the industry with facts and truths? But when he is quoted as saying:

If this is the case, really then, it's a complete waste of time for me to even comment about this. 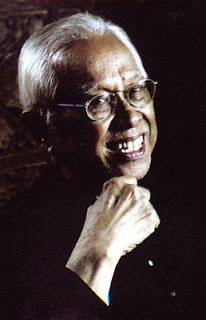