Naguib Razak is the new Director-General Finas. When I called him a week back he confirmed the rumors. He started work yesterday (1st September 2011). Congratulations Naguib. You got your work cut out for you. 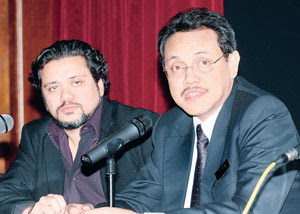 A documentary filmmaker (with awards to boot), Naguib is nevertheless a surprise choice to head the local film development authority. He takes over from Dato Mahyiddin Mustakim who left Finas in June after nearly four years at the helm.

Naguib is an unknown quantity as an administrator and as manager, though most of his documentaries are of international standard. Running a small documentary project is totally different from running firstly the 'political' government agency called FINAS, and secondly taking care of myriad problems, requests and needs of the local film industry.

I see Naguib as someone in the mold of the first Director-General of FINAS, the late Ismail Zain (picture below), an artist turned DG. 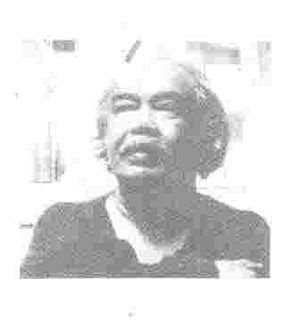 Why? Naguib's appointment might be a return to the core of FINAS's function which is to develop quality Malaysian cinema - not to fund it or support it. The development of Malaysian cinema (this includes both Malay movies and Chinese-language Malaysian movies plus local Tamil-language movies) has been fairly ignored. Development is not infrastructure. Building multi-million ringgit buildings that hardly anyone uses is not the key to creating quality cinema. It is building a new generation or even rejuvenate current generation of filmmakers into inspired auteurs. I believe Naguib will listen to those who want to offer something different to the screens - more creative, more cutting edge and hopefully more thought-provoking stuff without losing sight of its Malaysian origins - culturally, socially and psychologically.

I believe, because of Naguib's background, the documentary filmmaking industry in Malaysia is in good hands. However, the feature filmmaking industry which is basically made up of three segments - the commercial filmmakers (i.e. MIG, Grand Brilliance, Tayangan Unggul), the indie filmmakers (Ho Yuhang Woo Ming Jin Amir Muhammd et al) and the serious filmmakers ( Uwei and Dain Said etc) are a different kettle of fish altogether. And it may take awhile for Naguib to figure out how to approach, tackle and lead this segment of the industry.

Whilst the commercial filmmakers are doing reasonably well, what with their movies making RM9million at the box office per pop, FINAS should not let them dictate the future of Malaysian cinema. The world is really waiting for quality Malaysian cinema which to date has actually been shouldered by the indie filmmakers with their no-budget digital movies.

FINAS should really look into giving grants or funding quality cinema. If a mat rempit or Malay gangster script lands on their lap asking for loan, think twice about funding it and look instead at the other script which wants to give insight to the local Malay woman's psyche or something like that. However, if the horror movie script and mat rempit script is truly interesting and original sure why not, but as a body that sets the strategy to improve Malaysian cinema and get it noticed internationally, FINAS needs to get its act together soonest possible.

I wish Naguib the best of luck. He is young and energetic and I truly hope to see him push the boundaries of being a FINAS DG. It is a hot seat, but in life a hot seat is better than a cold one. The industry and its citizens will support him in his role as the DG, but if they see the DG as someone who is not going to bring changes but instead support the status quo, the support will wane.

Oh yes, one request Naguib, can you please investigate all the persatuans in the industry? Check if they have their books in order, if they carry out the duties responsibly and if they are actually representing the workers in the industry. It would be great if you did and then get ROS to come in and clean up these persatuans once and for all.

NETWORKING WITH MALAYSIANS WHO HAVE MADE IT INTERNATIONALLY

We seem to be satisfied with what we have and praise ourselves, pat ourselves on the back and compare each others' work and am totally satisfied with it. Some of the filmmakers I know just want to make movies for the following reasons – cari makan, maybe win some popularity award locally and to be part of a glamor industry.

Very rarely do you hear that they are in it to hone their craft as filmmakers, that they were inspired by movies by Bergman, Satyajit Ray, King Hu, Scorsese, Teguh Karya, John Ford or Kurosawa (for my generation) or by Spielberg, Lucas, Luc Besson, Beat Takeshi, Guy Van Sant or Guy Ritchie (for the younger generation). Or that they are in it to be able to screen their works at Sundance, Venice, Cannes, Berlin or Torino. They are happy to get screened in Rotterdam or Jeju or some small unheard of festivals around the region.

Making it in the film world sometimes isn’t by choice but sometimes by chance. For some, the need to make quality movies seen by a world audience made them leave our shores as they cannot find investors and funders who share their vision of creating a better Malaysian cinema. Of course, the stifling censorship rules here is not something world-class filmmakers can work with too.

Investors are aplenty if you bring scripts that pander to the basest common denominator of our local film going culture – horror and comedy. Drama? Tough. Epics? Expensive and doesn’t draw crowds. Action? Well, this should be the latest trend after the blockbuster performance of KL Gangster – really. Just check out the movie coming soon entitled Bini Bini ku Gangster.

I do not want to knock these genres because great movies do exist in these genres – Exorcist (US), Halloween (US original), The Exile (Hongkong), The Election (Hongkong), Hangover (USA), Godfather (USA), My Wife’s A Gangster (Korea), Shaolin Soccer (Hongkong), 4bia (Thailand) and Ring (Japan) many others.

But somehow, there is a lack of movies that could travel overseas, get quality distribution and also winning important awards at known festivals. Would the world market want to see Merong Mahawangsa when they have Bangrajan and Langsuka? Would they want to screen KL Gangster when they have Merantau, Ong Bak and Beat Takeshi movies?

What do we need to break this barrier? I believe to start off, we need to meet with Malaysians who have made it overseas. Either with those who made movies that make money or won awards. And there are a few.

At the top of the list would be Michelle Yeoh.

A Hollywood and Hongkong film action icon, Datuk Michelle Yeoh is one person who could single-handedly help give Malaysian filmmakers exposure to the world. 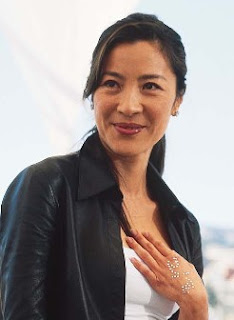 
She knows people, she knows how the business works internationally and she is talented. Her latest movie about Myanmar heroine Suu Kyi may actually garner her an Academy award nomination.

Second on the list is James Wan, a Kuching-born Australian filmmaker whose claim to fame is creating and directing the first Saw movie. He also supervises the Saw franchise which is in its seventh outing (Saw 3D). His latest directorial effort is Insidious. 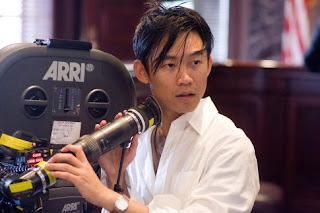 Saw franchise creator and director is from Kuching

He is the only Malaysian-born filmmaker to have produced 8 Hollywood feature length movies to date of which he directed five. He is what Hollywood refer to as flavor of the month filmmaker due to the overwhelming success of his Saw franchise.

Third in line would be critically acclaimed Tsai Ming Liang who is now Taiwan’s top filmmaker. Like Wan, Tsai was born in Kuching but instead of US-bound, he went to Taiwan to make movies.

As a Malaysian-born filmmaker, he has most impressive awards list having won at the prestigious Venice (Vive L’amore), Berlin (The River) and Cannes (The Hole). No other Malaysian or Malaysian-born filmmaker can boast such an impressive CV.
Fourth in the list is a relative unknown but a powerful socialite in the US. She is Florence Low Sloan, who has just produced her critically acclaimed movie Snow Flower and the Secret Fan, directed by Wayne Wang. 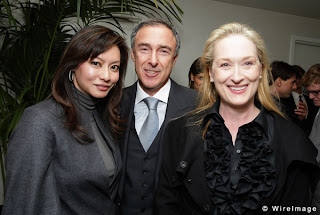 Malaysian-born Florence is married to the former CEO of MGM, Harry Sloan. The daughter of local developer magnate Tan Sri Low Keng Huat, Florence formed a company called Big Feet Productions which produced Snow Flower and the Secret Fan. Considered as one of the most powerful Asian ladies in the US, her partner in the movie company is another powerful Asian woman, Wendy Deng Murdoch, the third and current wife of media mogul Rupert Murdoch.

Fifth would be Encik Shahril Ibrahim, a friend of mine who left for the US and stayed on to become one of the top CGI software engineers in the American film industry. 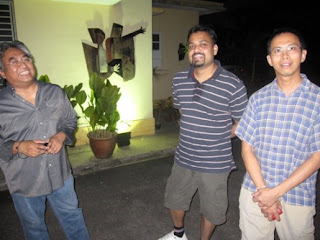 Shahril (Right) chilling out with friends back home in KL.

Forget about baby-gloving Shahrukh Khan with titles and location sponsorships. Get these people who are Malaysian-born and get them to introduce filmmakers, young and old (me, me and me), to producers, investors and distributors who would be able to identify talent and nurture them and open doors of opportunities in the international filmmaking scene.