There's good new and there's bad news. The good news (for me) is that I have decided to continue with this blog. The bad news is (for me again) is that the reason I am continuing this blog is that my plans to publish a local Malaysian cinema industry magazine has been put on hold. Furthermore, knowing that my blog actually attracts more than 80,000 views and reads mean that quite a number of people actually want to know what I think about (the local film industry)...either to know more about the industry or to find fault with my writings and attack me. Whatever the reasons are, whether you find my new postings interesting, educational, nauseating, humorous, boring, irritating or even pointless; the good thing is that you actually read it. So, having said that. Currently, I am in Sabah in the midst of my own television production Pangazou, a 13-episode drama series based on Tan Sri Herman Luping's novel of the same name. However, due to various reasons, I cannot and will not write about the production in this blog. Maybe at a later time, maybe just before the series is telecast will I write about it.
For the past few months, ever since my last posting, many movies have been screened and the trend seems to bode fairly unhealthy news for producers....suddenly, cinemagoers are not going to the cinemas (to watch local movies). This seems true as shown by the numbers being posted in Finas's website. Box-office takings have not improved and have stagnated significantly. Since mid March this year, only two local movies has broken the RM2 million Ringgit mark. Most are struggling to even break the RM1 million mark. Currently, only Shamsul Yusof's Jalan Kembali (BOHSIA 2) is coining well with well over RM4million in B.O. numbers and is still being screened. The other movie that has taken more than RM2 million was Nongkrong. Dain Said's critically acclaimed Bunohan, one of the better movies produced this year,did not click with the local audience and only managed RM780,000. 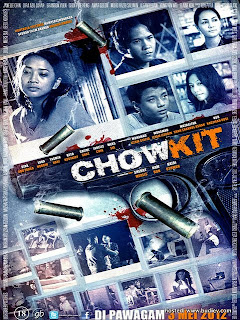 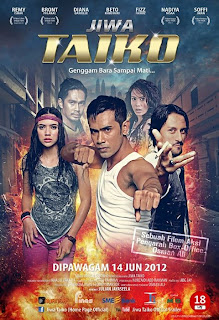 Two highly anticipated movies, Hoore! Hoore! and Jiwa Taiko, are also not tracking well. Still in the cinemas, the numbers that have been posted is a little disappointing for the producers. 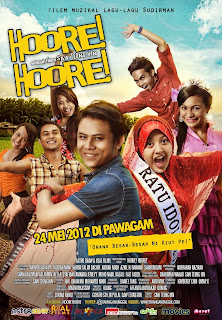 Saw Teong Hin's Hoore! Hoore!, a brave musical based on the songs of the late Sudirman, has only taken RM350,000.00 whilst Osman Ali's Jiwa Taiko, starring Bronte Palarae, has so far only boxed in RM450,000.00 (note: Jiwa Taiko has only been screened for 6 days when this number was posted). The latest attempt to add Indonesian flavor into local movies by casting a top Indonesian actress (Olivia Jensen), a movie titled Gerimis Mengundang, directed and written by prolific director Ahmad Idham, has after 19 days on the screen only posted RM220,000.00.
What happened? Are moviegoers feeling jaded with the themes and subjects offered to them by producers? Are the movies so bad that they cannot get good word of mouth publicity? Since Bunohan's release, 20 titles have been screened to date, the total box office takings of the local releases is just over RM23 million. If I assume that every title produced costs RM1.5 million (totalling RM31,000,000), that means the industry has lost easily RM9 million. This would be worse if we consider 50 percent of the takings are taken by the cinemas. Which means that the nett takings of the 21 titles since Bunohan only took in Rm11.5 million ringgit. If I take this figure, the producers have lost a total of RM20 million. These are serious numbers that we are looking at, especially when for the past two years, investors were thrilled to see local movies taking in excellent grosses at the cinemas.
I did not write this post with much glee (as some would think) or ill will. In fact, it is written with much trepidation. As a producer myself, I would like to see my fellow producers rake profits with their products. A fairly boisterous and prosperous industry means a ready pool of eager investors for us to attract.
If the numbers remain stagnant and if more movies fail to make money this year, it may be a tough 2013 for a lot of film makers. No film maker would want that.