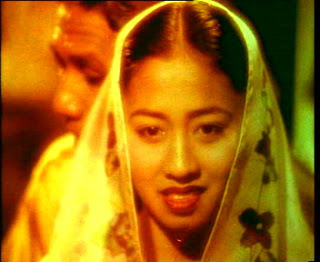 Most of my close friends know that I am half Padang, no not half field, half Padang Sumatra. My Dad is from Johor, but my mom is from Sumatra - Padang to be exact.
Over the past weekend, I had the chance to chat with my uncle, Tahiruddin, who is my mom's younger brother. He is now a Singaporean and came down for my niece's wedding.
I actually know quite a lot about my father's background - through conversations with him and through his memoirs, but not so my mother. Her background is somewhat cloaked in mystery.
But I do know that she is from Pariamman, from a little village near Sungei Geringging. In fact, I have been there once in 1997. I saw the house where she and my late grandmother stayed.
So, according to my uncle, Pak Tahir (pic below), after the Secon 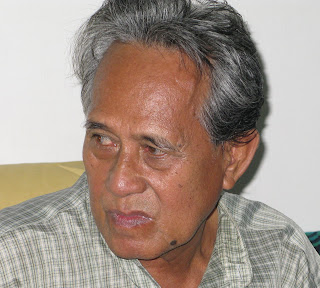 d world war, when the Dutch returned to once again impose their will on the Indonesians, the Indonesians fought back - a bloody part of their history to gain Independence. If you saw the movie Nagabonar, you would have gotten a somewhat warped view of what occupation under the Dutch after World War 2 was.
Nevertheless, many Sumatrans became refugees - running away from the Dutch. According to Pak Tahir, my mom left Sumatra for Bintan with her elder brother just after the beginning of hostilities with the Dutch. My grandmother came much later with another three of her children (including Pak Tahir who had stayed on to look after the farm with his grandmother). I also know that one of my uncles died fighting the Dutch during that period.
So I guess just before 1950, they left Pariamman and made their way to Pekan Baru.
There they found a sampan and they rowed, yes, they rowed all the way from Pekan Baru to the island of Bintan and reached Tanjung Pinang. My uncle said he was 13 years old then. So I guess my mom would have been 11 at that time. Not sure about the dates though - need to double check.
The journey across the straits of Malacca was life threatening having to avoid Dutch ships and boats. They started their journey when night came and they reached their destination 14 hours later.
Once they arrived in Tanjung Pinang, they survived by selling kueh and taking on other odd jobs. They were there for about two years, until they somehow decide to try their luck in Singapore as they know of some relatives who had already reached the island.
They hope that after Singapore, they can make their way back home to Padang. However, upon reaching Singapore, they met other Sumatrans who told them not to harbor hopes of returning for the time being as the war against the Dutch has not yet ended.
So, my grandmother met distant relatives who had opened a restaurant in Arab Street. The restaurant, a nasi padang restaurant which still exists today - is called Nasi Padang Pariamman (being run by their grandchildren today). My grandmother and mom worked in the restaurant. However, when my mom grew older and in her late teens, she decided to study English. She studied in the afternoon and got a job at a cabaret as a joget girl to pay for her studies. She still helped out at the restaurant and it was there that she met my father who loved nasi padang. It was also then that she was discovered and offered some minor roles in the fledgling film industry. She had natural acting talent and within a few months she was acting alongside P. Ramlee in the movie Ibu.
Someday, I will get more details from mom herself.
Posted by anwardi at 6:12 PM

Interesting coincidence, apart from my support for 'you never walk alone,' my parents are also from a small kampuong di Barulak, Padang. Everytime my mom sees your mom on TV she will always say..urang awak juo.

iyo,
den pun orang seberang. ambo? hahah...to tell you the truth I suck in Padangese. Anyway, thanks for dropping by...any Kop fan is a friend indeed.
Cheers and menyambut Ramadhan.

interesting.. somehow we are related as well cos i'm family with the folks at Nasi Padang Pariaman...

interesting.. i'm family with the folks at Nasi Padang Pariaman here in Singapore.. we might be related as well..